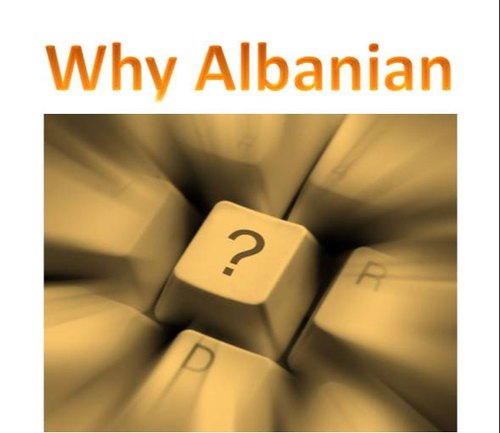 How to learn Albanian by yourself? Start with an easy and free online course!

We have adopted an objective and efficient approach to learn how to speak a language easily and quickly: we suggest you to start by memorizing words, phrases and practical expressions that you can use in everyday life and that will be useful when traveling.
Getting used to pronounce words out loud, numbers for exemple, is an easy exercise that you can practice often and at anytime throughout the day.
It will help you to get used to the sounds of your chosen language and thus make it more familiar.
And once your holidays have begun, in Tirana, by Lake Ohrid or exploring the Rozafa Castle, you will be surprised how familiar and easy to understand it will seem.
Furthermore, using a pocket dictionary is always useful, particularly during a trip. It enables you to find the translation of new words and enrich your vocabulary.

Why speak Albanian while traveling?

Spoken by about seven million people, it has official language status in Albania and Kosovo, and is also present in Macedonia, Greece, Turkey, Italy, Serbia and Montenegro. The features of its Indo-European descent and pre-Indo-European vocabulary have long intrigued linguists, since its origins can be as much Illyrian as they are Thracian.
Beyond these questions, Albanian is a linguistically rich language, but is also literary, having great names such as Bedri Dedja or Ornela Vorpsi, a novelist named among the thirty-five best European writers in the anthology of Best European Fiction published by the Dalkey Archive Press.

Do you feel like taking break in paradise without having to fight for space with hordes of tourists at the seaside? The idyllic beaches of Albania could be the perfect destination for your next trip!
Located in the south of Europe, this country is bathed by the Adriatic Sea and the Ionian Sea, and has a rich history that begins with the Illyrians in the twentieth century BC. It had its first apogee in the third century BC, being a maritime power and an important route between the West and the East. The many ruins from the period, the medieval fortresses of both Western and Byzantine inspiration, and the great lakes, will inspire you on a relaxing voyage or even on a business trip across the country.

Make a success of your stay in Albania

Whether you are going to spend a few days with friends for a leisure trip or if you are on a business trip, nothing will be more useful to you than to be able to slip a few words in the language of your interlocutors, who will appreciate your effort and will be certainly more willing to help.

How to succeed in having good pronunciation within a week to a month?

Based on the Tosk dialect and using the characters of the Latin alphabet, the language has 36 letters, including seven vowels. The pronunciation is fairly easy, as almost all the letters are read, and always in the same way, which only varies in some dialects.